In 1949 the Chinese invaded Tibet, and inadvertently changed the modern history of oriental carpets.

Before then, Tibetans made rugs for their own uses, which often involved religious ceremonies. There was little, if any, commerce in new Tibetan rugs outside Tibet (though today the oldest rugs from Tibet are amongst the most desirable to collectors). The Chinese invasion forced thousands of Tibetans to flee, and many who survived the journey out of the mountains took weaving skills with them to Nepal and India, where they established carpet industries to support themselves.

In Nepal, no carpet industry had existed before the Tibetan refugees created one.

Today, Tibetan rugs (by which name all rugs made by Tibetans are known, whether woven in Nepal, Tibet, or India) are among the brightest stars in the rug firmament. 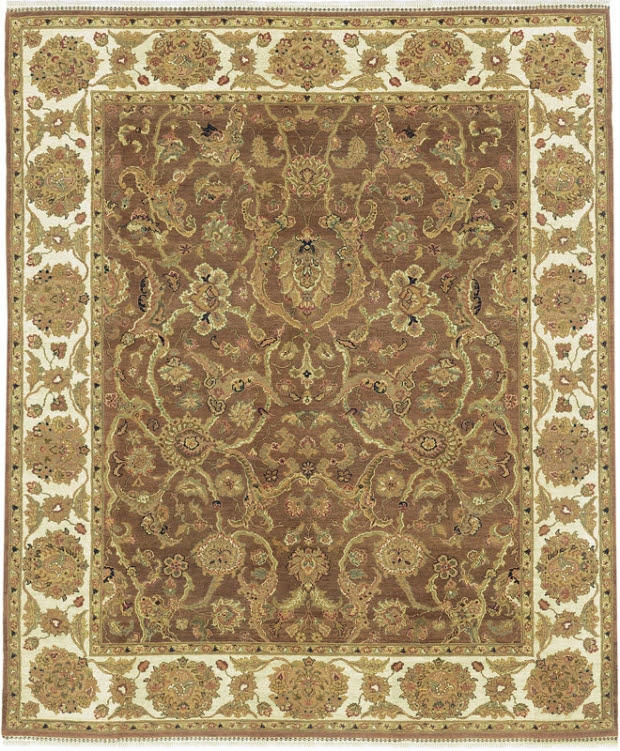 A retailer in Reno, Nevada tells me that 60 percent of all his sales are in Tibetan rugs. Twenty-five years ago, during the formative stages of the Tibetan rug industry, things could not have been more different. Most of the Tibetan rugs reaching the United States were made with lusterless, machine-spun Indian wool in bright synthetic dyes. Sizes were limited and designs were interesting only in their novelty.

Behind the scenes, though, a family of Tibetan rug dealers in Katmandu, Nepal was quietly learning the moribund art of dyeing with natural plant dyes.

These are the words of a Tibetan refugee named Droje written in August of 1998 and faxed to Stephanie Odegard: ‘Early ’70s during my school vacation, I used to be at our shop, probably the first Tibetan antique shop that time. I found lots of people asking me about the dyes on the old carpets with veg-dyes. It interested me to inquire and learn too. I learnt indigo dyeing with this women and others I learned through the Tibetan medical institute…

Stick around for part 2 of this series: coming soon!

In the 1980s, decorative carpets came into fashion. These rugs[...]